Implementing the components of our Framework for Achieving Powerful Results, and with the support of Leadership Training and Executive Coaching by proven successful leaders, numerous schools and school systems have shown dramatic improvement in student learning. Following are a few examples:

Gilroy Unified School District, in the Bay Area of Central California, increased the proficiency of their LEP students by 21% in only one year, and continues to show dramatic improvement in multiple areas of student performance.

New Haven, California The New Haven Unified School District is in and around Union City, California, on the East side of the San Francisco Bay. Their targeted effort toward improved student achievement results began in the Fall of 2009. After just one year, New Haven’s API has gone up seven points and they have met or exceeded their AYP targets in English Language Arts and Math.

Partnership for Instructional Leadership This partnership brings together the schools from Area 4 in Chicago Public Schools (CPS) with Business and Professional People for the Public Interest (BPI), a local foundation, and Targeted Leadership. Our collaboration to improve student achievement in all Area 4 schools began in the Fall of 2008. A second cohort was added to the training and implementation work in Fall 2010.

Network for College Success This group of comprehensive urban high schools has already shown dramatic improvement in professional culture and student learning. Their Freshmen on Track rate is currently the highest in Chicago Public Schools (CPS), they have the highest graduation rate, and have improved ACT average scores by one full point – something not accomplished by any group in the past 10 years.

Edmonton Public Schools, in Alberta, Canada, has improved their high school completion rate by more than 25%.

New Bedford Public Schools We began our training and support with the New Bedford Public Schools in the Fall of 2002. Our consultants provided targeted professional development training and coaching support to instructional leadership teams in schools and helped the central office team develop a system-wide plan to place full-time literacy and math instructional coaches in every elementary school.

Springfield Public Schools are located in the capital city of Illinois. In the years since Targeted Leadership began their work, schools have shown an increase by their African American and low income students that triples the rate of improvement for other students at schools not involved in this model.

Lemon Grove Our work began with the Lemon Grove School District in 2006. Consultants concentrated on building the skills of the district’s administrative team and presented protocols and structures around the teaching of and student growth in the district’s Targeted Instructional Area of writing. Lemon Grove has seen their API increase 67 points since 2006.

Elizabeth Public Schools in New Jersey, have shown an 18%-20% growth in the number of Special Education and Limited English Proficient students meeting and/or exceeding standardized assessment targets in the years since their work with Targeted Leadership began.

SAIT/DAIT Targeted Leadership Consulting (TLC) is an approved California School Assistance Intervention Team (SAIT) provider. We are certified to provide intervention and support services to California’s state monitored schools. TLC has worked with districts in both the San Diego and Orange County Offices of Education, as well as South Bay Union in San Diego. 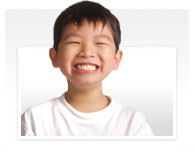